James Edgar Ld’H CdeG lives in Western Australia. He served with SOE in Europe and the Far East, and is now one of its last surviving members.

As a member of 62 Commando in October 1942, James took part in what would become the infamous Operation Basalt; he then parachuted into occupied France in July 1944 as a wireless operator for the SOE Tilleul Mission; and in 1945 served with SOE's Force 136 in Burma. 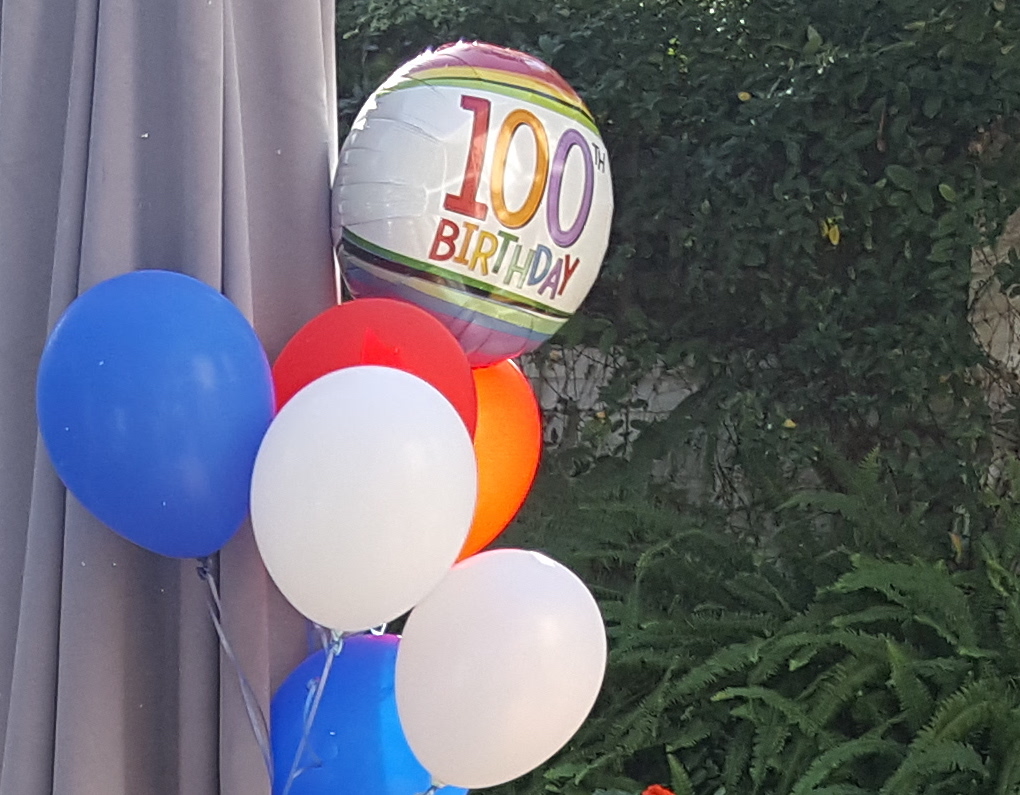 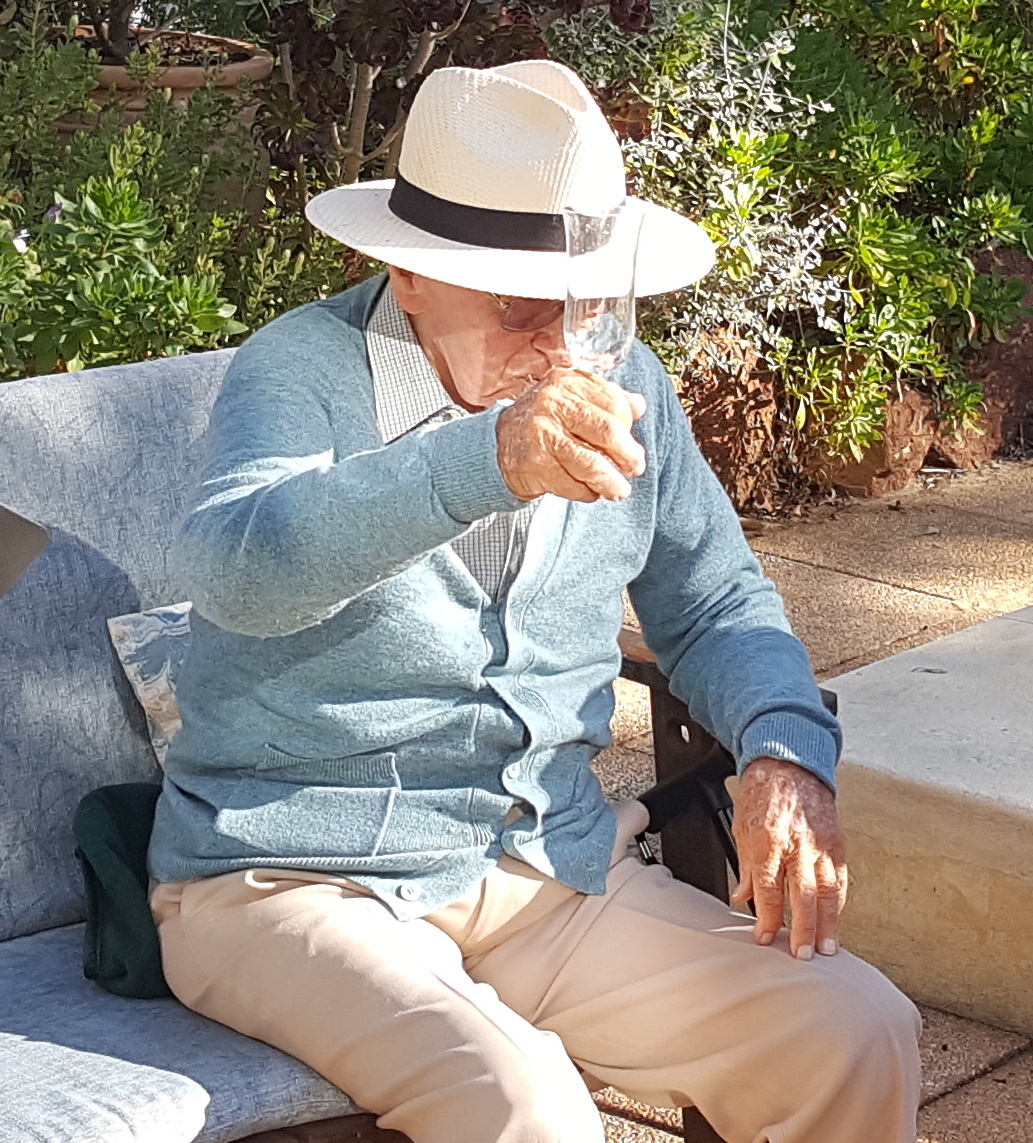 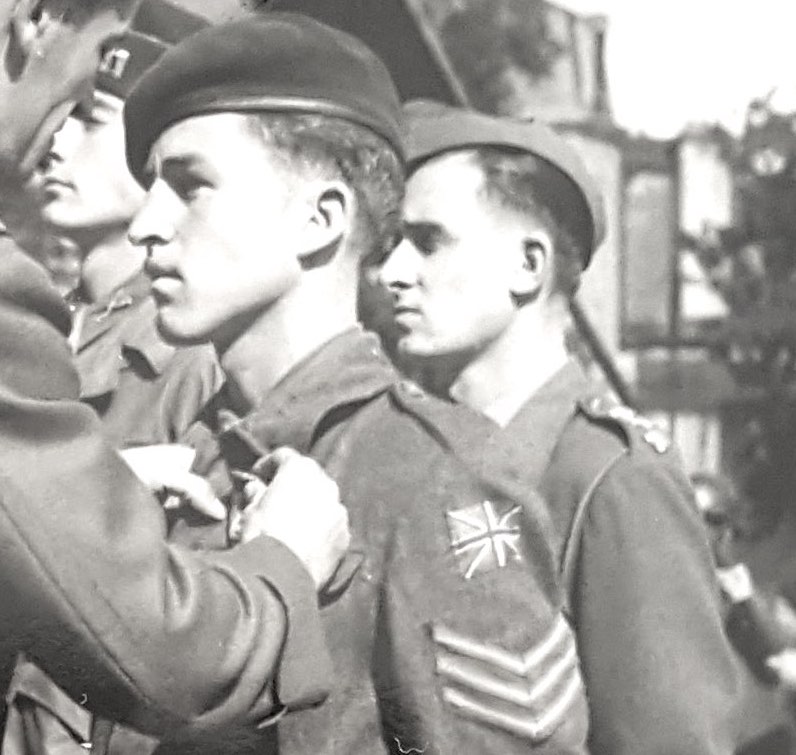 Last month - on May 21st - we sent James our heartiest congratulations on the occasion of his 100th birthday.

Quite a party had been planned, but due to the pandemic restrictions it had to be considerably downsized. A family friend in London who'd phoned the Edgars on the day, has very kindly shared not only some photos sent by Valerie Edgar, but also her 'after action report' - James was visited by five close friends for a sandwich tea, and he “sparkled”. He wore his commando beret, and had received a letter from the Queen and congratulations from the Governor General of Australia, the Australian PM, the Leader of the Opposition, the Governor of Western Australia, and the Intelligence Corps. His daughter Lorraine was also present and he Facetimed with his other daughter Vivienne & family in Italy. In addition, several ‘amis' from James’ local French Group arrived, and while he chatted to them in French they toasted him with champagne. Such good news that James had such a happy day! 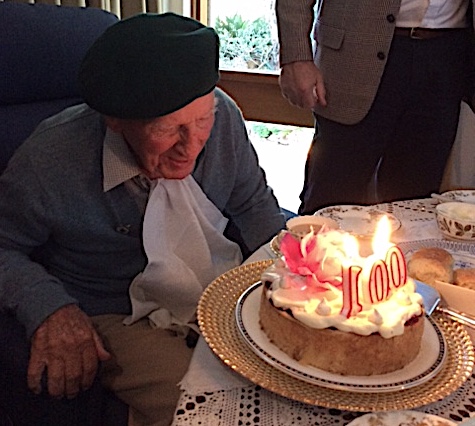 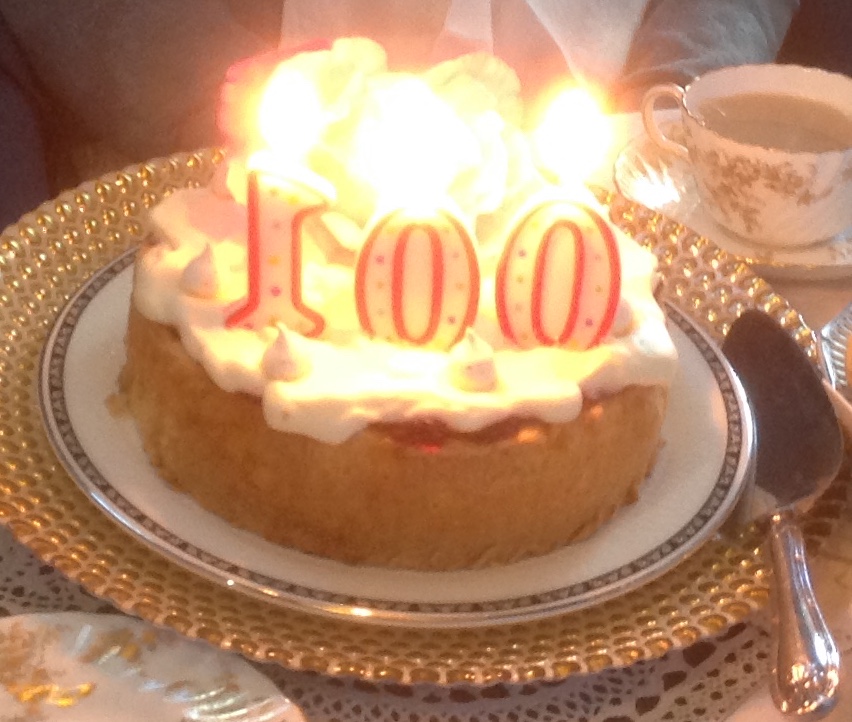 The aforementioned 'family friend' is Jon Wilson, a cousin of James' SOE comrade Edward 'Teddy' Bisset. Teddy also served in France and can be seen in the B&W photo of James receiving a medal in Limoges - but shortly afterwards he was tragically killed in a firearms accident.

When the SOE historian David Harrison had visited the Edgars in 2009, he'd been accompanied by Jon. They've stayed in touch, and our thanks to you both - and also to Mike Stewart - for getting us the words and photos.

Further thanks to David, who's also provided the following information about James' time as a member of the wartime special forces - plus some recommended reading ...

James Edgar Ld’H CdeG was born in May 1920 in Pietersburg, South Africa. His Scottish father had served in the second Boer war and then remained in South Africa. The family moved to Britain in 1927, when Edgar was seven years old, and in August 1940 James volunteered for the army.

After three months in the Gordon Highlanders he was transferred to the Intelligence Corps, perhaps because of his language skills in French and German. James served in the Int Corps' Field Security Police, for which one role was to train with would-be agents for SOE's French Section. Another of his duties was when Norwegian volunteers had completed their SOE training and were ready to return to Norway to join the "underground" forces fighting against the occupying Germans. James' wife Valerie recalls him describing how he'd accompany the Norwegians to the Shetland Islands prior to their sea crossings back to their homeland, courtesy of a clandestine operation known as 'The Shetland Bus’. James would escort the Norwegian agents by train to Invergordon, north of Inverness, and then by boat to Lerwick where he'd leave them to board a disguised fishing boat. Valerie has said that James even managed to pick up and remember enough Norwegian to enable them to get by in Norway many years later, when there on holiday!

James Edgar then trained at Anderson Manor in Dorset as part of 62 Commando, and during 1942 while with SOE's Small Scale Raiding Force, he took part in two raids on the Channel Islands.

One of these was Operation Basalt, a SSRF operation to Sark. This was led by Major Geoffrey Appleyard, and Anders Lassen (later VC, MC) was also a member of the team. The objective was reconnaissance and to capture some German prisoners. The mission went well until a few of the German prisoners, despite having their hands tied, decided to make a run for it. A total of 3 prisoners were killed – shot or stabbed to death.

The whole party managed to escape by MTB and brought just one prisoner back to England for interrogation. It's believed that as a consequence of this operation, and only two weeks after the raid, Hitler decided to issue his notorious Commando Order. Sadly, this order was to later cost the lives of many who served with SOE, SAS, SBS, SSRF and other units.

After wireless training James became a member of SOE's Inter-Allied Mission ‘Tilleul’ (Lime Tree) which parachuted into the Haute-Vienne area of France in July 1944, to help coordinate local resistance activities and arrange supply drops by parachute.

Sgt James Edgar was Mentioned in Dispatches and following the liberation of Limoges he was also awarded the Croix de Guerre for his service in France.

After returning to Britain James volunteered for special forces work in the Far East, and in April 1945 he was parachuted into Burma as a member of team Giraffe, as part of the Nation Operation. He subsequently had to spend time in a Ceylon hospital with dysentery, and then volunteered for peace keeping in Sumatra.

James Edgar was demobilised at the end of 1946 and, after qualifying as a vet in Edinburgh was in practice for several years in Aberdeenshire .

After marrying Valerie, they emigrated to Australia where James became the Senior Poultry Pathologist for the state of Western Australia's Department of Agriculture.

On Sept 23rd 2019 in Perth, James Edgar was awarded the Légion d'honneur by the Embassy of France in Australia. The ceremony was held under the auspices of the France-Australia Senate Friendship Group in the presence of the Hon Peter Tinley, WA Minister for Housing and Veteran Issues, with Ms Julie Duhaut-Bedos representing the Embassy of France. 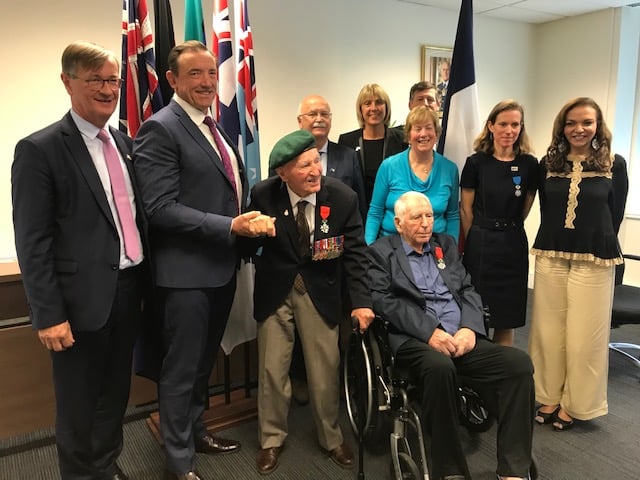 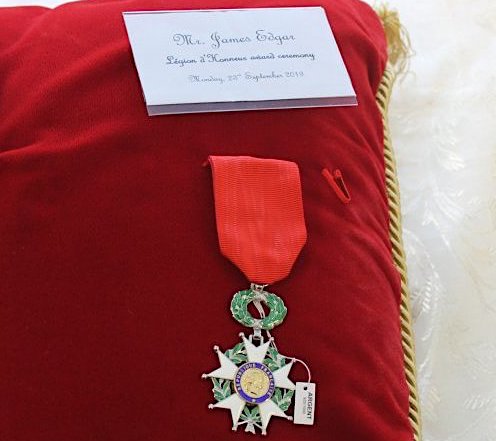 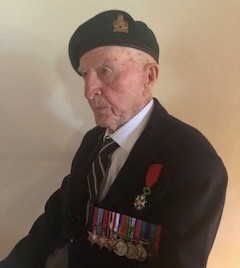 Birthday tribute from the Returned & Services League of Western Australia

The RSLWA's congratulations included - "You are a hero in our eyes, Sir, and we salute you!" - although also quoted Valerie Edgar as saying her husband wouldn't like being called a hero -

“Jim often said he was a small cog in a big wheel, who was just doing what he had to do for the war effort at the time. He had friends who were killed in the war and anyone he knew from that era is now gone. We know he is very lucky to have made it to 100.”

And finally ... in September 2019, we were pleased and proud to congratulate James on his award of France's Légion d'honneur.

We also produced a short film which provides a brief glimpse of his memories - filmed by Valerie Edgar - of a September 1944 ceremony following the liberation of Limoges ...

The National Archives, Mémoire Filmique de Nouvelle-Aquitaine and the Embassy of France in Australia

The Shetland Bus: A WWII Epic of Escape, Survival, and Adventure

In Memory at Brookwood Military Cemetery